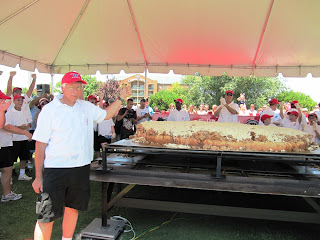 The Fourth of July festivities kicked off in New Bern with Tommy Moore and his team creating a Guinness World Record – Largest Barbeque Bun. The bun weighed in at 1,336 pounds and fed more than 2,000 people!

Tommy Moore and his crew worked vigorously as they topped the bun with barbeque and coleslaw to have it ready to serve the huge crowd. 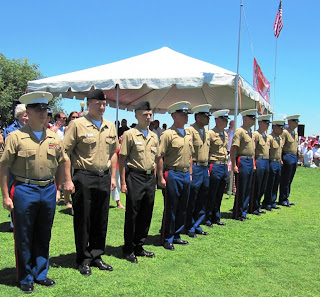 What a fantastic day for Moore’s Olde Tyme Barbeque and the people of New Bern during our 300th Anniversary Year! The Sailors and Marines were proud to be part of this historic event. It was truly an Independence Day that will go down in the history of New Bern, NC!

Congratulations, Tommy Moore, and his hard working team (family, friends, and employees) along with his Marketing and Public Relations Director, Betty Thomas, for accomplishing this tremendous feat!