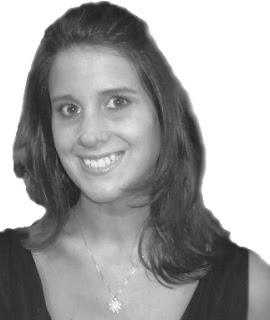 My platform has been carefully considered through discussion with individuals in the 4th Ward from Glenburnie Park to Carolina Colours and to all the far reaches of our area. From discussion with New Bern’s Chief of Police to the retiring City Manager, I have compiled concerns of others to an aspiring, yet attainable, list of goals:

1.) Decrease in Expenditures: I was told that this was as warm and fuzzy as “world peace” and nearly as unattainable. However, I disagree. There are several ways that expenditures can be reduced in New Bern. Moving the election date from October to November would save the City of New Bern approximately $10,000. The elimination of early voting for municipal elections could save the city another $3,000. Cutting out the option for Alderman to be placed on the city’s insurance plan (which is not offered to any other part-time employee) would save the city at least $2,000 for every Alderman who elects to be on the plan.

2.) Term Limits for Elected City Officials: Sometimes it takes someone new to provide a fresh perspective and new innovative ideas to city government. Through staggered term limits, with a maximum of 8 years serving, it will ensure that New Bern is always providing opportunity for individuals to serve this beloved city in a capacity that promotes action and accountability. Also, members of the Board of Alderman who serve at least 16 years are eligible for insurance benefits for the rest of their life. The closest option offered by the city for any other city employee is insurance after 30 years of service, but only until they are eligible for Medicare services.

3.) Transparency of Government: I commend the city for posting the agenda online including the explanations for the Board of Aldermen meetings, as well as posting video archives of past meetings as an attempt to promote transparency in government. However, as noted by city officials, “running a city of around 28,000 people on one checking account does not promote a sense transparency. “ The general fund, electricity, sewer, water, and grants are all managed out of one checking account for the City of New Bern.

4.) Growth in our Business Sector: I really believe that to truly set a tone for long term growth in both business and residential sectors, there must be a unity within professionals and citizens throughout New Bern in order to develop a unified strategic plan. A strategic plan would include plans for infrastructure installation and maintenance (a sewer plan is currently in progress). Strategic plans have proven successful in many other cities and departments. A similar plan for our city would help put the citizens and the city government on a common focus for growth and development to carry us long term. Such a plan, if written as such, could also serve as a document of accountability from citizens to the city officials.

The foundation of my campaign is built on effective communication and servant leadership. I believe strongly in the limitation of government at all levels and the accountability of public servants to the citizens that they represent. I view my youth and passion as assets to an energetic and motivated movement of re-focus that is arising in New Bern. I share the same concerns as my neighbors and friends, and my campaign is set up to be their voice. Putting New Bern on the right path for the next 300 years isn’t a feat for 6 aldermen, a city manager, and a mayor. A path such as this one is laid with the voices and hopes of an entire city.