Dr. Ramona Game Kearney, passed to be with our Lord Wednesday, March 24, 2021, at her home in New Bern. She lived well and loved her family dearly. Among many great qualities she was a wife, mother, homemaker, musician, educator, and author. Flower gardening was a lifelong passion, earning accolades from neighbors and local media.

The family will receive friends from 6 – 7 p.m. Friday, April 2, 2021, at Pollock-Best Funeral Home. A celebration of Ramona’s life will be held 10 a.m., Saturday, April 3, 2021 at the Lakeside Chapel in Greenleaf Memorial Park. Online condolences may be made at pollockbest.com.

Pollock~Best Funerals & Cremations is entrusted with the Kearney Family.

Kenneth was raised in Rochester NY by his parents, Gordon K. Cameron and Hazel Horton Cameron. He attended West High School, the University of Rochester (graduating with honors), and Carnegie Melon University (Master of Fine Arts degree). He was an intelligence officer in the United States Navy, serving with distinction overseas, including two years in Naples, Italy. He worked briefly for Standard Oil in Pittsburgh, PA, before returning to university, where he soon won a prestigious prize for poetry.  His plays were produced off-Broadway and in various regional theatres, and he directed plays both on and off campus.  He wrote more than forty books, including scholarly books (notably Africa on Film, which in 1994 was awarded the MLA prize for independent scholars); historical novels (Our Jo); mystery novels, most recently the Denton series (The Oxford Fellow, Hachette, 2013), eight spy novels with his son, and several textbooks on theatre.  He taught English and theatre at the University of Rochester, the University of Iowa, Dartmouth College and elsewhere throughout the sixties and seventies, but left academia to write full time in the 1980s.

Kenneth enjoyed fly-fishing and camping and was passionate about writing and photographing the wilderness and the world of fishing, especially antique rods and early tackle.  On these subjects he published articles in most major sporting magazines and in Antiques Magazine. He helped create the collections and displays at both the American Museum of Fly Fishing in Manchester, VT, and the Adirondack Museum (now known as the Museum on Blue Mountain Lake). He enjoyed the Adirondack mountains of upstate NY and lived there three seasons a year since 1989 in an off-grid cabin with his life partner. From there he roamed the whole of the park from Saranac to Speculator, fishing forgotten streams and ponds and camping in remote wilderness, before returning to the cabin and the peace and isolation deep in the woods that he loved.

Deanne Marie Calisto, 56, passed away March 13, 2021 at her home in Greenville. She was a Registered Nurse at Vidant Medical Center and loved taking care of people and her furry friends. She was always smiling and a joy to be with. Deanne had an expansive nursing career, most recently at Vidant in Greenville. She is also well known for her passion for animals, be they on land or swimming in our oceans.

Deanne is survived by her parents Judith Ann Bell, and husband William, of New Bern; Tom Calisto, and wife, Linda of Ernul; her brothers Col. Joseph Calisto(Ret), and wife Dawn, of Wilmington; and Tom Calisto, and wife Amy of Apex. She also leaves behind her nieces and nephew, Nicole and Todd Haley, Morgan, Rachel, Sami, Brooke, and Alex Calisto and her grandfather, John Pina of New Bern.

In lieu of flowers, donations may be made in Deanne’s memory to the Colonial Capital Humane Society PO Box 326, New Bern NC 28563 (colonialcapital.wixsite.com/cchs).

Pollock~Best Funerals & Cremations is entrusted with the Calisto Family. 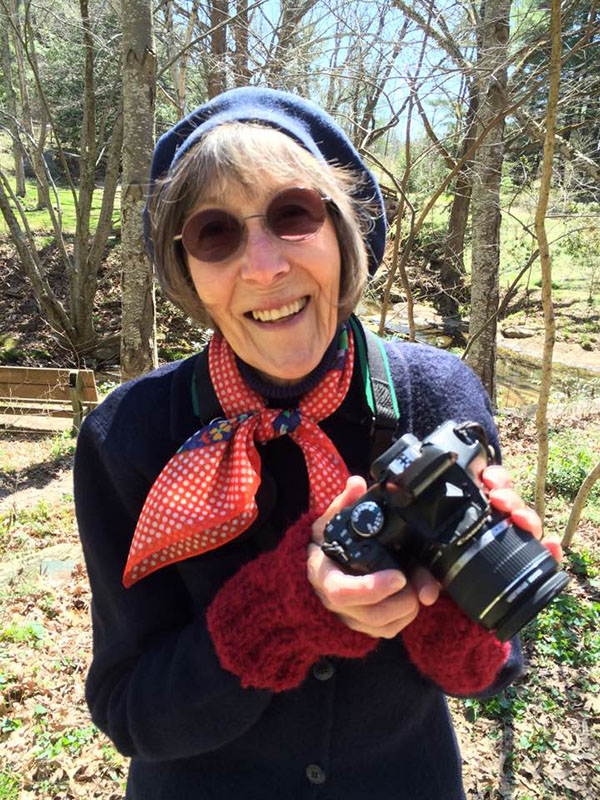 Mrs. Frances Zuaboni “Fran” Breza, 71, joined her spirit journey Friday, March 12, 2021 at Vidant Medical Center in Greenville. Fran was a native of Somerset, PA and was a retired dental hygienist. She loved the outdoors and would spend hours doing photography of her longtime home, in the mountains of Asheville. Fran was never one to sit still and enjoyed a second career  as a polarity therapist & Hospice volunteer. She also provided counseling and support to autistic and developmentally disabled children and their families. She was a member of the Center for Spiritual Living, in Asheville, and was always willing to lend a hand.

As per Fran’s wishes, there will be a celebration of her life at a later date. Online condolences may be made at www.pollockbest.com. Memorials, in Fran’s name, may be made to Center for Spiritual Living, 2 Science of Mind Way Asheville, NC 28806, or www.cslasheville.org.

Fran is survived by her husband of 45 years, Jack J. Breza, of New Bern; her sister, Barbara Z. Stewart, and husband Rick, of Wilmington; her brother, John Zuaboni, and wife Pam, of Wilmington, and several nieces and nephews.

Pollock~Best Funerals & Cremations is entrusted with the Breza Family. 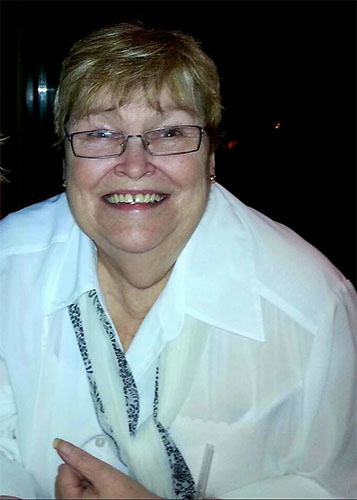 Our mother, Patricia V. Lewis, 72, passed away Friday, March 5, 2021 and was granted her angel wings. Pat was born Patricia Maher on May 17, 1948 to the parents of Helen and Joseph Maher in Warwick, RI. Pat met the love of her life James H. Lewis at the age of 12. She was married to her loving and devoted husband for 55 years and is survived by their four children; Regina and Melissa, Shawna and Troy, Jimmy, Nicki and Omari. Additionally, she leaves behind 7 beautiful and dynamic grandchildren who filled her life: Aleecia, Alexis, James, Michael, Erin, Isaac, Isaiah; and 2 great grandchildren, Andrea and Brice.

Pat and James moved to New Bern, NC in the summer of 1992 and became active members of  Beech Grove Methodist Church. Pat was well loved by her small community, and devoted her to life to her family and faith. She cared deeply for her husband, family, and neighbors. She did this not out of obligation, but because of who she was. She was always the first to offer help. She was the heart and soul of the family, a giver, and always ensured that every person who crossed her threshold was safe, healthy, and happy. She was blessed with a life full of family, love, and friendship. She will be forever missed.

Pollock~Best Funerals & Cremations is entrusted with the Lewis Family.

John Carlyle Parker (December 22, 1950 – February 15, 2021), passed away peacefully following a short illness. Carlyle was a retired machinist who was gifted with being able to create, repair and rebuild just about anything mechanical. He was also an avid sports and UNC Tarheels fan. He was a starter on his high school wrestling team. He particularly enjoyed watching the Little League Baseball World Series.

Carlyle was the one his parents and siblings called whenever something electrical or mechanical stopped working. His mother often commented that “I just don’t know what we would do without Carlyle being around to fix things.” He could be found in his shop working on a lawnmower or machining a replacement part for a go cart. He did not usually charge for any work he did and usually had a needed old spare part somewhere in his shop that would put the item back in service. Being able to solve a mechanical problem gave him enjoyment.

In lieu of flowers, donations may be made to the charity of one’s choice.

A private graveside service conducted by Rev. Bryan Huffman is planned for the family on Friday, February 19, 2021.

Online condolences may be directed to www.pollockbest.com 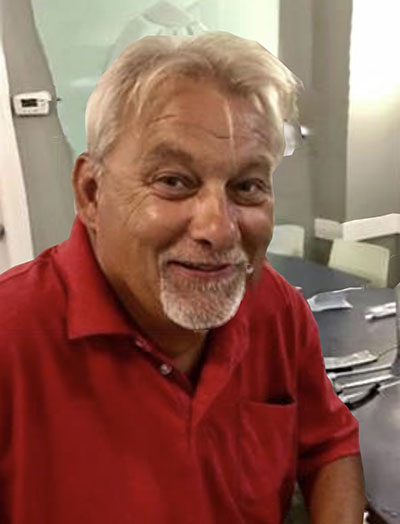 Mr. Timothy Marion “Tim” Walsh, 60, passed away Monday, February 8, 2021. A native of Fayetteville, NC, Tim was a long-time employee of Clegg’s, loved wood-working, and enjoyed being with his family. Sadly, he was preceded in death by his parents, Kathleen Grimes Walsh and Joseph A. Walsh; and his sister, Rosemary Walsh.

A private service for Tim will be at Greenleaf Memorial Park with Dr. Sharon H. Bender officiating. Online condolences may be made at pollockbest.com. Memorials, in Tim’s name, may be made to Craven County Animal Shelter 1639 Old Airport Rd. New Bern, NC 28562 or St. Jude’s Children’s Hospital, 262 Danny Thomas Pl. Memphis, TN 38105, stjude.org.

Pollock~Best Funerals & Cremations is entrusted with the Walsh Family.