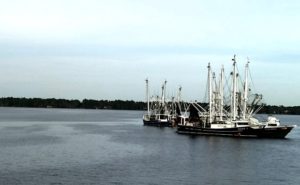 Hear Both Sides Regarding Commercial Shrimping

NC Marine Fisheries Commission heard another round of public comment in Wilmington on February 15 and 16 regarding the NC Wildlife Petition to enact additional regulations on North Carolina commercial shrimp fishermen.  Just like the hearing in New Bern, both sides told dramatically different stories about what the new regulations would mean for commercial and recreational fishermen.

Since most folks haven’t the time to listen to five and a half hours of public comment, Coastal Carolina Taxpayers Association has invited a speaker on both sides of the issue to tell their story in 20 minutes or less, and then take questions.

This meeting is open to the public and will be held at 7 PM on Tuesday, February 21 in Stanly Hall Ballroom downtown New Bern.

The format of this presentation is designed to explain the petition and primary effects from both points of view, allow questions from the audience and give those in attendance an opportunity decide where they stand.

Coastal Conservation Association (CCA) is a non-profit organization comprised of 17 coastal state chapters spanning the Gulf of Mexico, Pacific and Atlantic seaboards.  CCA has been active in virtually every national fisheries debate since 1984.  CCA maintains its strength is drawn from the tens of thousands of recreational saltwater anglers who make up its membership.

Commercial fishermen established the North Carolina Fisheries Association, Inc. (NCFA) in 1952 to serve fishing families by protecting their heritage and promoting seafood.  To achieve this, the association actively lobbies local, state and federal policymakers on behalf of the industry and engages in many outreach and education projects.

Coastal Carolina Taxpayers Association is a 501 (c)3 nonprofit, non-partisan organization dedicated to lower taxes, smaller government, individual liberties and protection of the US Constitution and the free enterprise system.  Membership in CCTA is open to everyone.