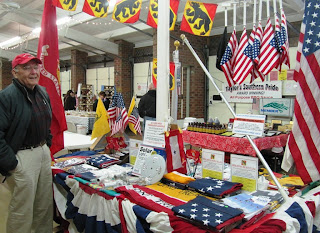 Phil Bowie is a lifelong freelance writer with 300 articles and short stories published in national magazines including Reader’s Digest, The Saturday Evening Post, Grit, Harpers, Troika, Yankee, Heartland USA, and several boating and aviation magazines. He has a series of three suspense novels published under contract with Medallion Press–GUNS, DIAMONDBACK, and KLLRS. His debut novel, GUNS, took Honorable Mention at the London Book Festival. For 2012, he has a collection of short stories out called Dagger and other tales. Several of these stories have been previously published in magazines, such as his award-winning version of the Stephen King tale, “The Cat from Hell.” He’s written others just for this volume. Phil is a private pilot, a boat captain, a motorcycle rider, and a fiddler. He lives in New Bern and his novels are largely set in North Carolina.

Charles Meadows Hines, Jr. was born and raised in Kinston but spent many pleasant summers at the family summer home on the Trent River here in New Bern. He and his family moved to Clearwater, Florida when he was age 12. Initially self-taught, Charles studied under and art scholarship with William Grant Sherry and later Russell R. Robinson. He graduated from Florida Southern College in 1969 with a degree in Philosophy. In 1971 and 1972 he traveled abroad to study the Old Masters in Amsterdam and the French Impressionists in Paris. Upon his return he continued painting from his Clearwater studio and was invited to teach classes at Florida Gulf Coast Art Center.  After several years he dropped teaching and became involved in the charter sailing business, eventually becoming a licensed Ocean Master. He spent much of the next 10 years as skipper of the 40′ yawl “Soltura” and sloop “Southern Romance”. These dual roles of business and avocation conspired to combine and his frequent cruises throughout the Bahamas and Caribbean have yielded paintings depicting the beauty and tranquility of the islands. Examples of his work have been published in several magazines including Bay Life as well as an edition of watercolor; or prints entitled “Sunset Seascapes” of the Florida Gulf Coast. Charles has received awards and commendations for his work and has exhibited in regional, invitational, and one-man shows, including an exposition of Florida Artists at the State Capitol and special exhibition for the visiting Duke and Duchess of Argyll. He is a charter member of the Florida Watercolor Society and his work is represented in private collections both in the U.S. and abroad. He has taught classes at Florida Gulf Coast Art Center and the Dunedin Fine Arts and Cultural Center and has been guest lecturer and instructor at other venues in several southern states. His work has been represented by Benjamin Martin Galleries in Dallas and Anderson Marsh Gallery in St. Petersburg. In 1998, Charles returned to New Bern where he opened a studio and gallery in the historic district. He and his wife, Barbara, live outside Pollocksville, once again, on the Trent River of his youth.

Submitted by: Julie McKeon for the New Bern Farmers Market