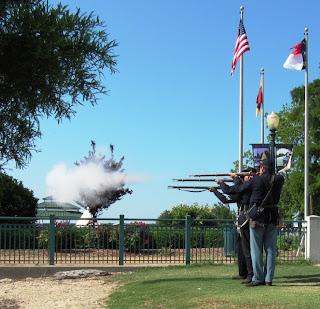 A Sesquicentennial Symposium Presented by The New Bern Historical Society in Partnership with
Tryon Palace – March 10, 2012

This fierce battle in the swamps along the Atlantic and North Carolina Railroad five miles south of New Bern, proved a major victory for the Union and led to the ensuing occupation of New Bern for the remainder of the Civil War. The Union’s presence in New Bern required the Confederacy to divert troops to the defense of the railroad that might have otherwise been used in the critical battles of Virginia, making New Bern’s occupation of critical importance to the North.

The battle and many other aspects of the war will be explored in Thunder in the East: The Civil War in Eastern North Carolina. A Sesquicentennial Symposium Presented by the New Bern Historical Society in Partnership with Tryon Palace on March 9th and 10th. The Symposium begins with an evening reception, Friday, March 9, 7:00 p.m.-8:30 p.m., where symposium registrants have an opportunity to meet the speakers. A rare collection of Civil War weapons and clothing, that includes many North Carolina artifacts, will be displayed at the reception. The reception is ticketed as part of the Symposium and will be held at the historic Attmore-Oliver House. 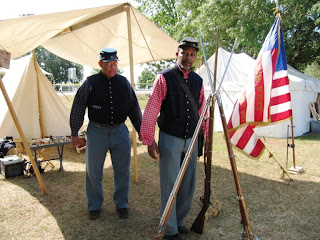 Tickets, which include the Friday night reception and lunch on Saturday, are $85 and can be purchased at the New Bern Historical Society at 511 Broad St. in New Bern, online at www.NewBernHistorical.org or by calling 252-638-8558.

The following day, Sunday, March 11, there will be a Memorial Service at the New Bern Battlefield Park at 8:30a.m., commemorating those who fought in the Battle of New Bern with the NC 26th standing guard. After the service a number of New Bern’s Civil War venues will be open to the public including the Attmore-Oliver House Civil War display, New Bern Academy, large living history encampments at the battlefield and New Bern Academy green, tours of the battlefield, and docent led tours of First Presbyterian Church. Tryon Palace will also be offering special programming as part of their tour ticket.

Submitted by: Kathy Morrison for the New Bern Historical Society