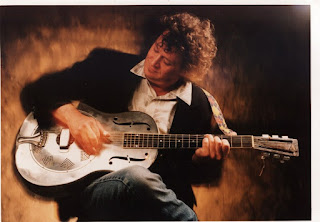 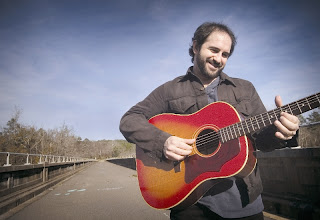 North Carolina is home to a specialized type of fingerpicking guitar music often referred to as the Piedmont Blues.

This free-flowing and distinct style was popular from the 1920’s to the ‘40’s when it began to die out. Recordings by musicologists were discovered by artists who revitalized the songs, and two of those musicians are making a rare appearance together in New Bern to entertain and educate about this unique “ragtime-based” blues music.

Lightnin’ Wells has spent most of his adult life studying with the last of the original Piedmont blues performers such as John Dee Holeman and Big Boy Henry, and has become an icon of this dynamic blues style. Jon Shain learned from some of the originals as well, and his passion for American roots music shows in his engaging stage presence. When the two of them get together, the audience is in for an earful of Piedmont Blues!

Presented by the Down East FolkArts Society in the Tryon Palace Performing Arts Series, the performance will be at 8:00 pm on Friday, March 2, 2012 in the Cullman Performance Hall at 529 S. Front Street, New Bern.

Tickets are $20 general admission, $18 for DEFAS and Council of Friends members and active duty military, and $10 students. Tickets are general admission and may be purchased in advance at Bank of the Arts or the North Carolina History Center in New Bern, or may be reserved by calling 252-633-6444. See http://www.downeastfolkarts.org/ for further information.

Submitted by: Linda McGowen, Publicity Chair for the Down East FolkArts Society