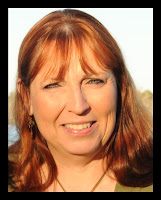 Starting her new business, Elizabeth’s Team, there is no doubt that because of her experience in the printing business, along with her can-do personality; her consulting will help your business succeed during these difficult economic times! When Elizabeth joins forces with clients, it forms the TEAM!

Passionate about our community, she introduced the local economic stimulator “Spend $20 on the 20th” to the New Bern Area Chamber of Commerce and the New Bern Sun Journal last year. Her goal is to double participating Craven County businesses this year on March 20th and is, again, a co-sponsor with the Chamber and the Sun Journal.

The $20 on the 20th concept is easy – business owners will spend $20 to advertise a special discount, promotional service, or just place an advertisement in the Sun Journal newspaper on March 19th. Residents will read the paper on March 19th to see what bargains local merchants and businesses are offering and then they will visit the business and spend $20 on March 20th which happens to be a Saturday.

It’s a win-win situation for all! Especially if visitors participate, bringing additional revenue to our local economy.

New Bern Now plans on placing a $20 advertisement requesting patrons to donate their $20 on March 20th to the Coastal Carolina Chapter of the American Red Cross. Not to take anything away from fellow business owners, it’s imperative that the community donates to our local non-profit organizations or else community services will suffer. I’m a true believer in the “Pay it forward” concept. I’m a proud supporter of the Red Cross because while I was in the military their emergency communications program helped bring me home when my brother died. You may be a firm believer in supporting another organization because they helped you, a family member, or friend. Whatever your convictions are, why not support them?

Support our local businesses and non-profit organizations on March 20th, 2010 by spending $20 in your favorite store or by supporting your local charity!